This wasn't originally on my to-do list, but after speaking to Pudsey & Bramleys Danny Hope on Thursday during the Horwich hill sessions and him saying he planned to do it, it got me thinking.
I had originally planned to do the Preston Parkrun first thing Saturday morning, but I stayed true to my roots and avoided it to stay fresh for the race.

I was still a bit unsure whether Id do it when I woke up on Sunday morning. Even though Im still a young'un who "shouldnt be injured at your age", Im struggling with a variety of problems with my knees, calfs, shins and feet, but I felt ok so collected my gear and with a soundtrack of liquid drum and bass music blasting out, I headed the relatively short journey east to Darwen.

It was tipping it down when I arrived, but the weather was kind to us come the start of the race. I managed to catch up with a few friendly faces that you get to know through racing and generally taking part in this marvelous sport.
On the start line I had a quick chat with Danny Hope, and we both agreed that there were a few fast looking young lads. The organiser informed us that it was a record attendance for the race, 184 I think.

Under starts orders, and off we go. Danny and I led from the off, not going off at a too ridiculous pace, so we had a rather large chasing pack sticking with us all the way out of the woods. 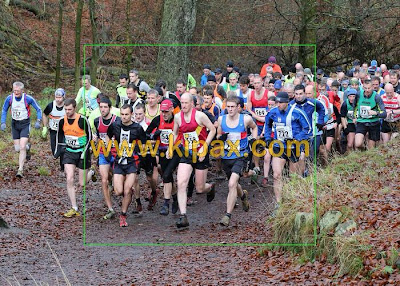 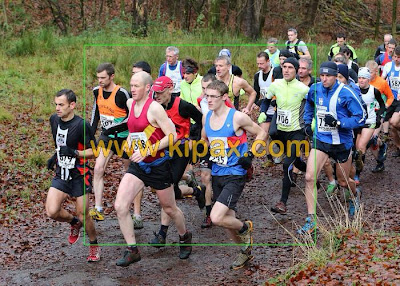 After around a mile we'd managed to pull out a gap on the rest of the field and we continued to pull away up the first short sharp climb up a grassy slope. Things went slightly pair-shaped here, as we lost the route and ended up in a boggy field and we had to climb a barbed wire fence and jump a ditch before climbing up onto the track. We both ran back down the hill and Danny asked the current leader if he had any objections with us rejoining the race, to which he didnt.

So we are back on-track, we've lost the lead we'd worked to gain, and we had to do it again. Worry not. The first "proper" climb went by, taking us to the top and past the tower. Neither of us were particularly fresh from Thursday nights hill session, but we pushed a decent pace and stuck together. 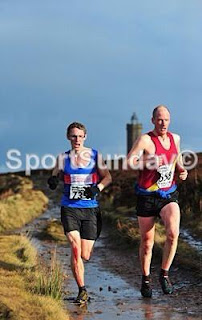 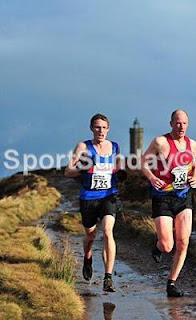 The descent of Aggies Staircase was a bit slippy but nothing to worry about too much. Danny took the lead here and I started to loose him slightly, but managed to pull him back by the top of the climb. I couldnt hold on to him from here. I looked at my watch and we had a mile and a half to go. 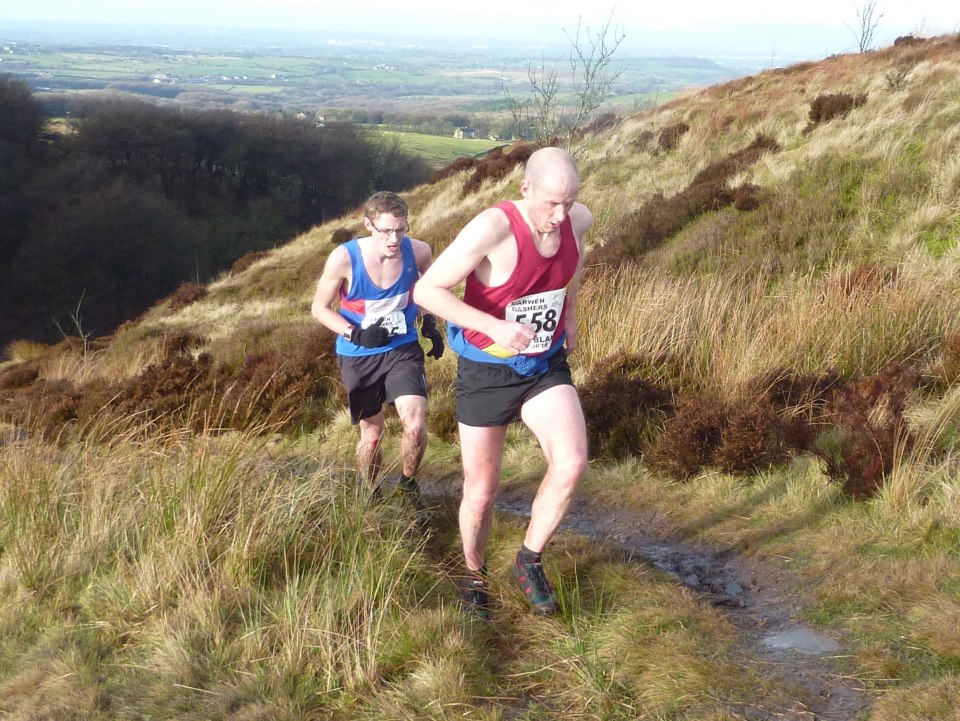 Holding on to Danny - Just.

Danny continued to extend his lead, and I kept falling over. I looked behind and couldnt see anyone, so just concentrated to try and keep a decent pace going and see if I could at least cut down Dannys lead. 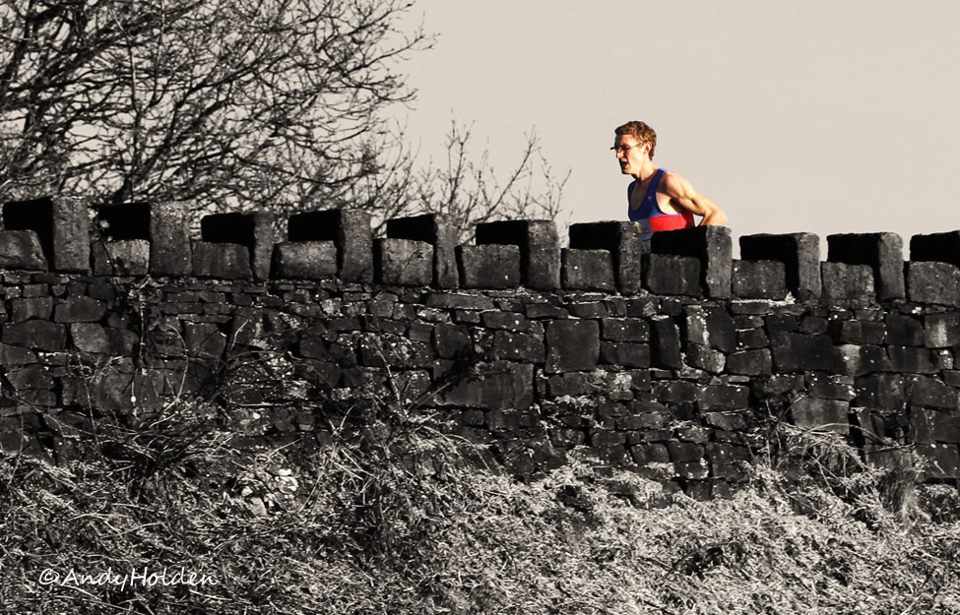 I came in 18 seconds behind Danny, and 3rd place was a little under a minute behind me. After speaking to people at the finish, it sounds like we weren't the only ones who took a wrong turn, as people apparently took alternative routes to the correct race route on the return back to the finish, but thats one of those things. 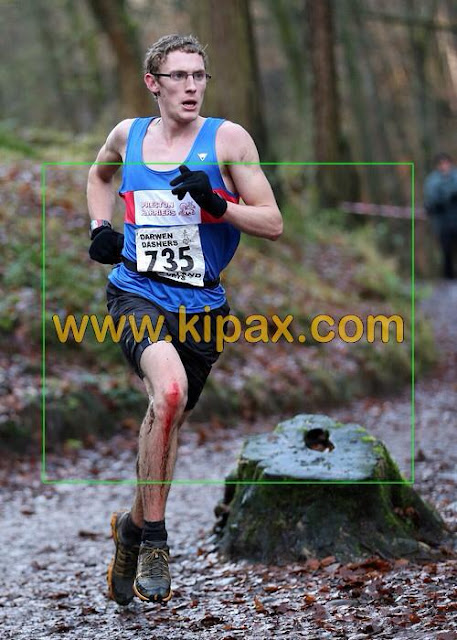 I bagged a nice 4-pack of Corona for my effort, and enjoyed a nice cup tea with a sausage butty.
Posted by Unknown at 04:27