This weekend I met up with a large gathering of Preston Harriers, and four car loads of us headed up to the lakes, to an area I’ve never visited before, for the Dunnerdale Fell Race, the final race in the Harriers club championship.

Dunnerdale is regarded as a bit of a classic. In the build up to the race, I spent some time on google, various blogs and the FRA forum, trying to get to grips with what was install, and everyone agrees that the race is a bit special. A mini-lakeland classic one person described it as. 5mi with 1804ft. So it was going to be a good’un. 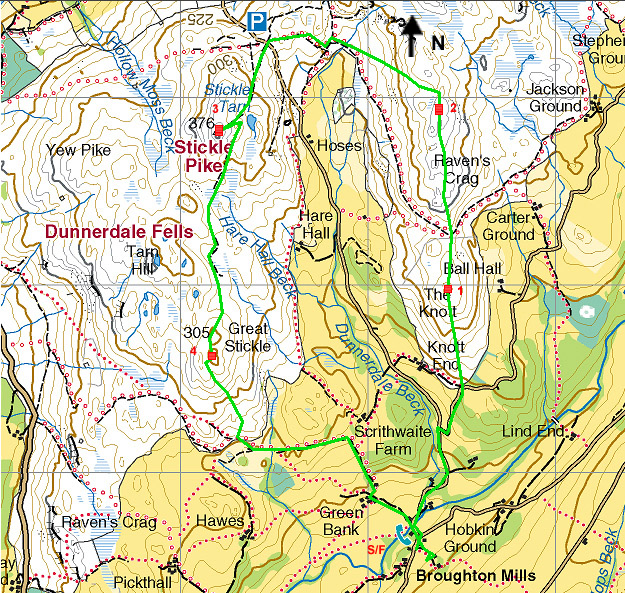 I wasn’t feeling fantastic Saturday morning, and nearly went back to bed, but I convinced myself to go and warm-up and go from there. There was some debate whether it was “just vest”, but I wussed out and went with a t-shirt under my vest and gloves too boot.

The start was the usual disorder and shouting by the organiser, as we all tried to hold a decent starting position, much too far ahead of the start line. In the end the organiser basically just yelled GO and we were off – legging it down the road.

The route follows the road for what must be near on half a mile, climbing uphill most of the way and eventually leading to a stone track and the climb up the fell. I didn’t really have a plan for the race, so held back a bit when Id usually gun-it from the off.
In the run out, I felt I wasn’t really putting in enough effort so made my way through the field and held about 15th as we hit the fell. Mike Johnson of Bowland was infront of me, and he went straight into a walk up the hill rather than run, so I followed suite and decided to stick with him. I started to out-climb those around me, and pushed on and gained a few places. Up to the first checkpoint of “The Knott” there was a lot of swapping of places and apart from the front 4 who had pulled out a big lead, the “chasing pack” still consisted of around 20 runners. By the time we got to CP 2, I was 7th, chasing Iain Ridgeway of Eyri. I was starting to feel it from here, and my arms were bursting with lactic acid and the mind games started. I managed to pass Iain and Hugh (surname escapes me) of Ambleside on the descent, but dropped back to 6th just before the road crossing as Mark Roberts of Borrowdale flew past me on a mission.

The climb up the Stickle Pike was short, sharp and steep. A quick hailstorm shower trashed it down just before I hit the summit too, and with my body in oxygen-debt, I asked the marshals where to go and dropped off the summit starting to feel pretty crap.
I could hear Iain and Hugh pulling my in, and they passed me on the boggy trod leading onto the final summit.

The descent off Great Stickle was flagged, all the way to the finish actually. It was quite loose under-foot and I started to catch Iain. As we hit the track at the bottom, I knew we had a mile to go and I needed to push to hold my position. Catching Iain was out of the question as I wanted to vomit. Richard Melon of Bowland was coming!!!! I know this guy is a good runner, but Ive never raced him before and to beat him would be a big confidence boost. So I fought hard and made it to the road still in position, climbed the uphill track and with one final push (and a big retch) I crossed the line in 8th position.

The pie back in the hall was worth it all. Absolutely sensational! I took a while to recover and feel normal, but had a nice chat with a few of the guys who finished around me, and got dressed and dry.

Certainly a race you’ve got to do if you haven’t. One I think I’ll have to revisit as I think I could knock some time off if I was really on form. 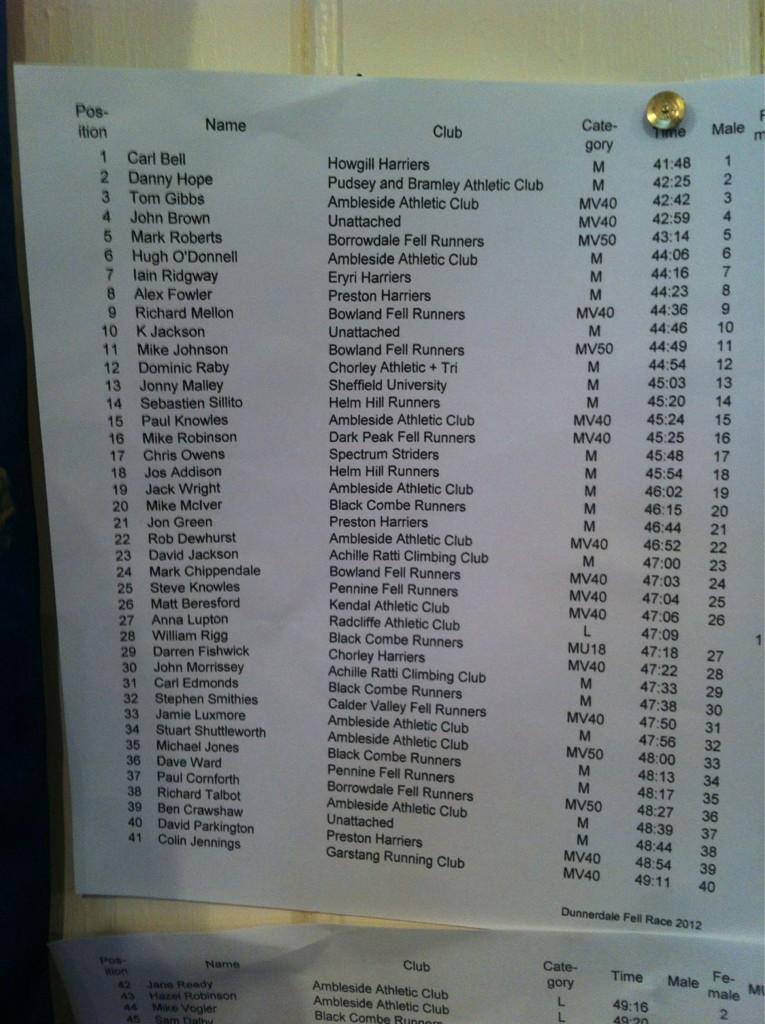 No pictures yet, but I’ll upload them if any appear online.