Sunday was the day for either a long run on Pendle or Winter Hill - and Pendle won.

With Joss in the car, off we trotted down the M65 to Barley. There was frost on the cars when I first woke up, but by the time I got to Barley there was bright sunshine and I was regretting not bringing a vest to wear. 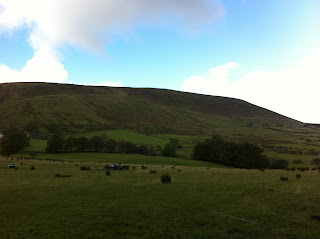 I decided on the Half Tour route, but with not knowing the route for sure I just headed off open minded. When I did the race back in 2010 I think it was, I took great personal pride in running every step of the way from Barley to the summit of Pendle Hill.
Today I wasnt confident I could do the same, but try I did, and with Daz h on my mind I got to the top....if totally knackered. Thursdays hill session was in my legs all the way to the top! 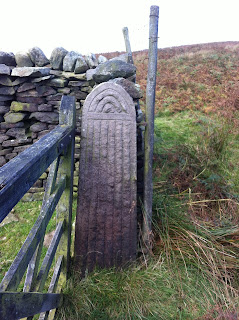 Detailed gate post which I thought was worthy of a snap. 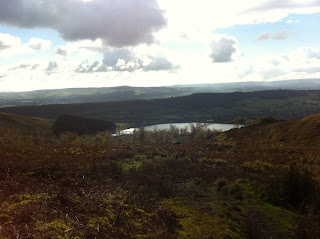 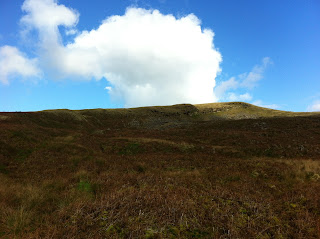 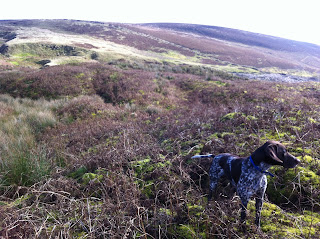 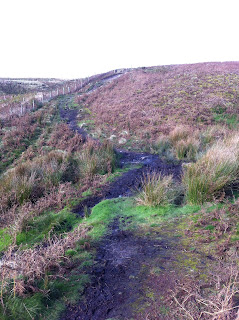 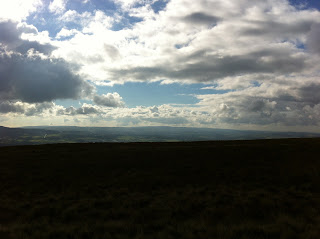 Winter Hill in the distance
Loads of folk were out, and I bumped into a Bowland runner just off the trig and we had a nice chat, before I headed off on the half tour route. After loosing the trod, I found the style and enjoyed blasting along the worn path to on my way to the nick of Pendle.
﻿ 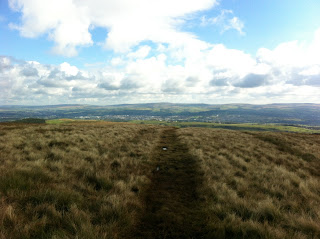 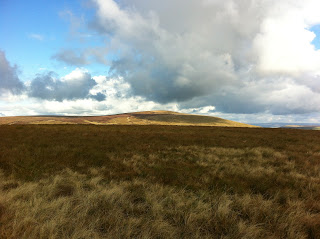 The clouds are coming in!

I de-toured down to the ski club to see if I could spot a friend who teachers there, but with no luck, I shared a mini mars bar with Joss and plodded on. I didnt bother going round the ressie as the race route does, instead went left and took a path I didnt know existed which took me back on to Pendle before joining the race route and ultimately to Geronimo! 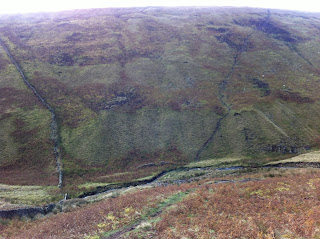 A bit of a fall but nothing major, we both made it down in one piece. Then the final mile or so across the fields and back to the car in Barley and a well deserved can of coke!

Cracking day to be out, and left me just shy of 5000ft of climb for the week off 26 miles. Chuffed with that!